One On One With: Determination and a sense of adventure guides dining director through ups and downs of college dining in 2020

Short of winning the Powerball lottery, there isn’t much else Aaron Stanfield could have done to make his 2020 season any more successful. Despite the challenges presented by the COVID-19 pandemic, Stanfield persevered to put together one of the greatest seasons for any NHRA driver. Not only did he win his first event and finish No. 7 in the tough Pro Stock class, but the third-generation sensation also won the Division 4 Top Dragster championship. The real damage, however, came in the SAMTech.edu Factory Stock Showdown where Stanfield won five of the six events contested and waltzed his way to the season championship. 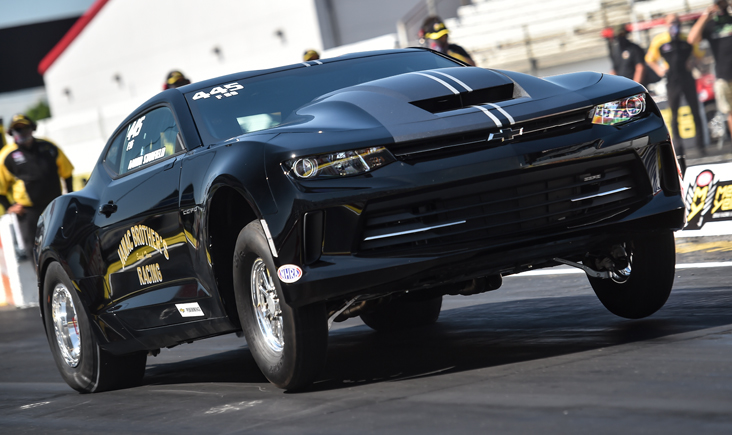 “This [winning a championship] has always been at the top of my goals since I was a kid watching my dad race,” said Stanfield. “This whole year has been crazy, but I was able to accomplish huge dreams that I never thought I’d be able to accomplish. From the time I was young, my dad taught me to clear your head and focus on what you need to do and it doesn’t always go that way, but I was able to do that and I’m thankful for everything he’s taught me.”

Stanfield and the rest of the racers in the SAMTech.edu Factory Stock Showdown were set to begin their season in Gainesville, but the COVID-19 pandemic had other ideas. The season didn’t officially start until four months later in Indianapolis and Stanfield came out strong with a semifinal finish in his COPO Camaro, which is owned by David and Joe Janac and backed by JD and Terrisa Coffman of JC3 Energy and Craig Gualtiere of Roasters Coffee and Tea.

At the Indy event, Stanfield was the No. 4 qualifier and lost his semifinal math against Chris Holbrook’s Cobra Jet Mustang. At the time, he had no way of knowing it was the one round he’d lose all season in Factory Stock competition. The rest of the season, which included a return to Indy for the Denso Spark Plugs U.S. Nationals, plus stops in Gainesville, St. Louis, Houston, and Las Vegas was a whitewash for the Stanfield crew, who went 21-straight rounds to close the season. 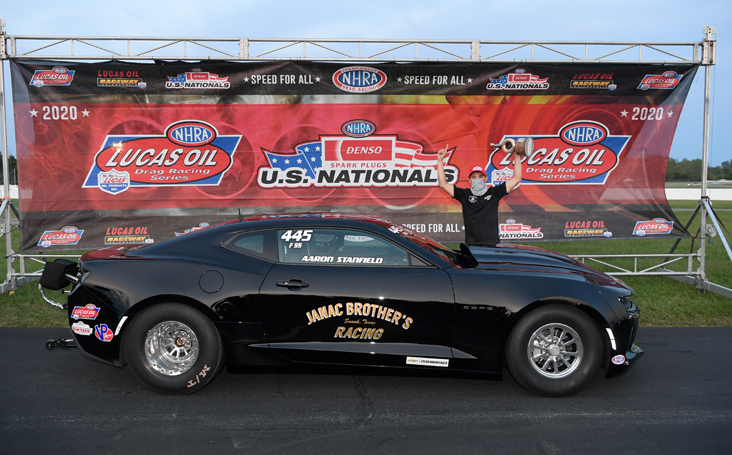 At the U.S. Nationals, the same place where he’d made his Pro Stock debut years earlier, Stanfield powered past Mark Pawuk in the final and also set low E.T. of the meet with a 7.874. From that point forward he was rarely threatened.

Driving three very different race cars in a season takes some skill, but Stanfield was able to pull it off with the help of his father, four-time world champ Greg, and his crew including SAM Tech grads Collin Jackson and Conner Statler. During his long career, Greg Stanfield was equal parts driver, tuner, and engine builder and he’s passed those traits down to Aaron, who helps run the engine development program at Stanfield Engines. 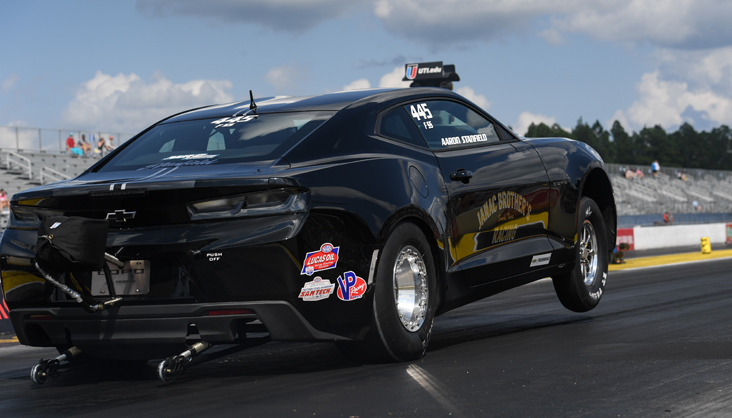 “We’ve all worked really hard on this program and it’s a result of the great people I’m surrounded by,” said Stanfield. “I’m very hands-on as far as trying to build more power. My dad kind of guides us and Collin and Conner are great to work with. I do all the Holley EFI tuning but we also lean on my dad’s experience. We all make the decisions as far as tuning calls. It’s just cool to see our hard work turn into success.

“As for Factory Stock, it’s totally different than Pro Stock; it’s all about power management using a laptop, and a lot of work in transmission and rear ratios. These are very sensitive cars and it’s all about how aggressive you want to be. The game is not totally about horsepower. You can screw these cars up by a tenth in a heartbeat.” 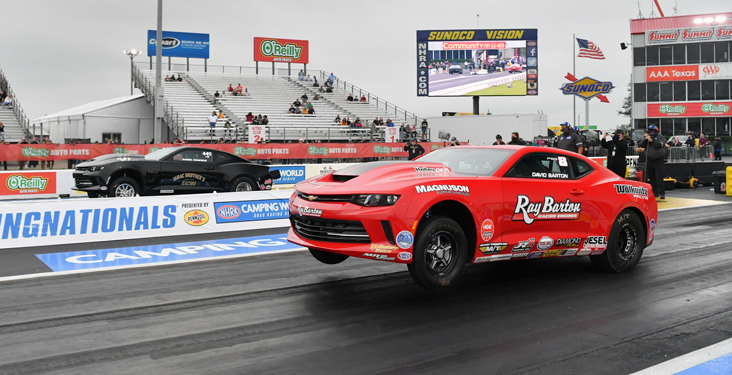 The highlight of Stanfield’s season came at the Mopar Express Lane NHRA Springnationals in Houston where he officially clinched the championship in the quarterfinals. Stanfield capped off the event by winning the Pro Stock final against six-time world champion Jeg Coughlin Jr. He left Houston Raceway Park with three Wallys and enough memories to last a lifetime.

“The championship is something that is very important to me so when it was clinched, I was excited but at the same time want to win the race [in Pro Stock],” Stanfield said. “It was so cool to be able to accomplish that and to have all my family and friends there. When the win light came on, it was overwhelming for sure. I tried but couldn’t hold back the tears.”

Avoca business to be featured on webcast series | Latest News

by admin
1
No Result
View All Result